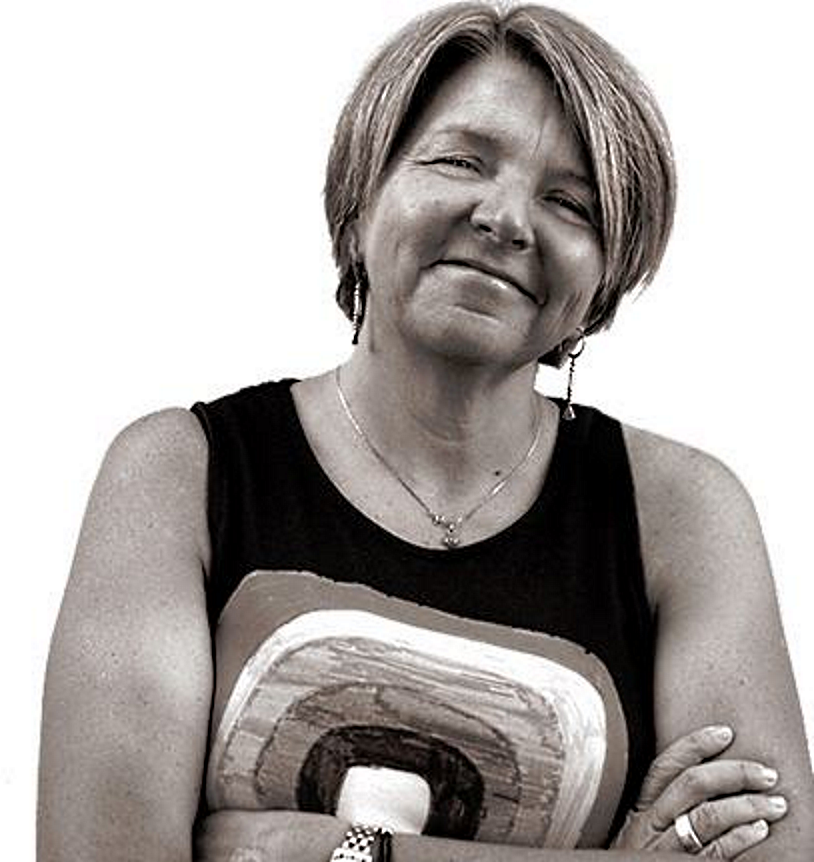 An interview with Soledad Valenzuela, MA

It’s important to do this exercise mindfully so you stay focused on how you feel while moving. Make sure you’re breathing throughout and make sure you keep your knees slightly bent. Many of us have a locked pelvis and therefore this is a common energy block. Freeing the pelvis will help relieve this block and help heal the psychological and physical struggles associated with it.

Soledad Valenzuela, MA, a bioenergetics trainer from Chile and one of the founders of Chile’s school of bioenergetics, recently conducted a training workshop at FSBA.

In that workshop, she tackled arguably one of the most difficult aspects of human experience to address: sexuality. She taught through lecture and experiential methods about the beauty, struggles and issues with human sexuality — and how to address sexuality in therapy.

Many of us grew up with scant communication about sexuality or sex. If we were told anything at all, it was done as indirectly as possible.

Soledad began by teaching about the shame related to sexuality (life energy) and sex. This shame is what makes addressing sex such a difficult aspect of therapy.

“There is so much shame about sexuality for many people,” she said. “Sexuality has been a way to control and make people submissive — and not just women.”

She asked training group participants to explore the messages they received about sexuality. Examples she suggested included shaming from parents, school, church and even friends.

“Many people are taught not to have too much sexuality — to not have too much life energy — because this is seen as defiant or bad. Or, they are taught they can only have sexuality for certain people,” Sol said. “Sexuality is not for themselves anymore.”

Sol said the first step in addressing issues about sex is to explore why we resist exploring our struggles with it. She said that we must first “address the elephant in the room” and explore the reasons why we may not talk about sex as therapists and as patients. She said often in therapy we’ll work around the issue of sex and never address what may be the key issue in a client’s life.

Sol said it’s very important for therapists to address any biases/issues related to sexuality. She forthrightly discussed misconceptions, biases, and incorrect information about sexuality, gender, biological sex and sexual orientation. Separating these terms for a clearer understanding, she said that:

• Gender is how the person identifies with cultural representations of what is masculine and feminine,

• Biological sex is anatomical, and

• Sexual orientation is who someone loves and is attracted to.

Sol said that these distinctions are even more important as we learn more about sexual orientations and genders. She said she believes that biological sex has little to do with sexuality, gender and sexual orientation.

Sol also said that issues with sexuality aren’t just related to sexual dysfunction. “Sexuality is the connection with your life force,” she said. “It is a connection with who you are. For me it is about joy, existence and gratitude for life.”

Soledad said that sexuality is often related to abuse in our culture because news media reports are “very charged with the abuse aspects of sexuality.” She said that sexual abuse is a very real issue but not the only issue we are facing. Some people are unable to accept their sexuality, and so are unable to embrace their full life force. When working with this issue in therapy, she says it’s important to remember how sexuality is viewed culturally and to be sensitive to the client’s vulnerability.

“When working with sexuality in therapy, we must remember that there is a feeling of authority in the therapeutic relationship,” she said. “The client may feel the therapist is in charge. It’s very important for the therapist to keep this in mind when working so that their power or control does not affect the client’s work on sexuality.”

Sol said that a client exploring their sexuality must always be in charge. The client should never be pushed because “this takes away their power and the whole work of sexuality is to give the power to the client.”

The role of the sex act in sexuality is far less important than many feel, Sol said. She said that a person can have a lot of sexuality without having sex. Sexuality has very little to do with sex; sex is merely the discharge of the sexual energy. “If the person does not have enough sexuality, the work is not to help them have great sex,” she said. “It is to help them build and accept the energy.”

When working with sexuality issues, Sol said to focus on the energy. Ask: Is there a lot of energy or not enough? Looking at the overall energy level in this case is just like any other issue addressed bioenergetically, except that it’s even more important to be aware of the client’s emotional vulnerability.

According to Lowen, this character structure involves a wounding during development between the ages of four and six. The child feels love towards one parent and the feelings are rejected. This leads to a heartbreak in which the child begins to guard their heart and separate their love from their sexuality.

The result is difficulty connecting sex and love. Often people with this character structure want to allow themselves to give in to love. Relationships are often very push/pull, and sometimes even involve one partner for love and one for sex. The rigid partner often feels that they are giving much more in the relationship than their partner.

A rigid character often has strong sexuality but still struggles with sexual energetic discharge. They can reach orgasm but rarely do because they don’t want to appear vulnerable and let go. That’s why sexual issues and relationship issues are often a presenting complaint for a rigid character.

The body of a rigid character structure is often attractive, with overall straight alignment. However, there is often pulling back in the upper body that appears to be a guarding of the heart. The pelvis is often more free than in other character structures but may have some rigidity, though energy is typically sufficient in this character. However, energy is often flowing between the genitals and cerebral cortex, reducing grounding.