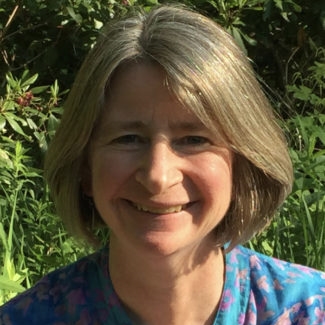 The Fundamentals of Bioenergetic Work

An interview with
Laurie Ure, LICSW
and Debbie Vainstein

Laying with your legs in the air

This grounding exercise does not require standing. It’s great for grounding before bed or for someone who needs more support while exploring their vibration.

Instructions:
1) Lay flat on your back with your hands by your sides.
2) Slowly bring your attention to your breath.
3) Feel your back on the ground as you slowly lift your legs into the air.
4) Concentrate on pushing through a flexed foot and breathe.
5) Allow yourself to make sound.
6) If your legs begin to vibrate, breathe deeply and let them.
7) When you feel complete or the vibration is enough, slowly lower your legs into a bent position with your feet flat on the ground.
8) Breathe and check in with yourself. How did this feel? What are you feeling in your body now?

Grounding Laurie Ure has been a Bioenergetics therapist for more than 20 years and is extremely passionate about her work. Each year she shares her expertise with trainees in the Florida Society of Bioenergetic Analysis training program in Alachua. This year she and cotherapist (and FSBA grad) Debbie Vainstein focused on basics of bioenergetics: grounding, breathing and boundaries.

Laurie maintains grounding is one of the most important aspects of a person’s bioenergetic journey. Grounding is fundamental in bioenergetic analysis and Alexander Lowen, the founder of bioenergetics, is known for getting people “off the therapist’s couch and onto their feet.” Grounding helps us feel our body more and be more in contact with our legs and feet.

The psychological impact of grounding, Laurie says, is that someone “functions as a selfresponsible adult rather than a dependent child.” She maintains that grounding can help people feel more self-confident, decrease anxiety and be more rooted in reality rather than lost in fantasy. In addition, grounding can help people with selfassertion, with having more energy and as an antidote to living with anxiety and fear.

| The Effects of Being Ungrounded |

If someone is missing grounding in their lives, the signs are observable. “I work with a client who suffers from severe symptoms of PTSD as a result of extreme trauma throughout her childhood and early adulthood,” Laurie said. “As a result of the trauma, she is so dissociated from her body that she suffers from frequent falls. We use the grounding exercise regularly in her sessions to help her feel her body more fully and literally be more stable on her feet.”

People with little grounding tend to be dissociative, flighty, anxious or “up in the clouds.” In these cases, Laurie suggests grounding as part of a daily self-care routine. She encourages people to have at least five minutes of grounding per day to stay centered.

Laurie also says that after a deep emotional experience we should ground. “After encouraging a client to do any type of expansive exercise — such as going over the ball or stool to open their breathing or hitting to express anger — I suggest they do a grounding exercise. It provides a type of centering within the body, as in a return to home base.”

Breathing is used in many forms of psychotherapy, but in bioenergetics it’s one of the cornerstones of the therapeutic process. Alexander Lowen said that to feel we must breathe, and to heal we must feel. That’s why opening up someone’s breathing is an important focus in bioenergetic therapy.

During their time leading the FSBA training workshop, Laurie and Debbie reminded participants to breathe fully, whether they were doing an exercise or listening to a lecture. Laurie said that many of us don’t know we’re breathing shallowly until we bring awareness to our breath. During many of Laurie’s sessions she worked to open the chest and diaphragm so the trainee could breathe more fully.

Laurie said that over time we develop muscular tensions that prevent us from taking full breaths consistently and naturally. Breathing deeply creates more aliveness in the body. Deeper breathing, along with grounding exercises, can spark vibrations in the body and produce a greater sense of aliveness.

Laurie said Lowen wanted people to experience the “flow of excitation” in their body. “Lowen encouraged people to work their leg muscles until they fatigue and vibrate in a stress position such as the classic bioenergetics bend-over grounding position,” she said. When no vibration occurs, it’s likely that the muscles are too tense and the person will need to keep grounding and breathing regularly before they start to find their vibration.

“The vibration in a person’s legs is akin to the vibration of the strings of a musical instrument,” she said. “Vibration is an expression of one’s vitality and is pleasurable when one becomes accustomed to it and welcomes it.”

After someone is grounded and aware of their breath, boundaries are often the next aspect explored in bioenergetics therapy. Boundaries are explored after grounding and breathing because to have boundaries, we first must have grounding.

Because they’re so important, boundaries are explored early and often in bioenergetic therapy. “The ability to clearly assert one’s boundaries forms the basis of one’s ability to have satisfying relationships within oneself and with others,” Laurie says. Having boundaries involves both being able to reach out for what we want and/or need. It’s also getting the space we need for ourselves.

Debbie and Laurie both said that grounding, breathing and boundaries are not new concepts for the body. Instead, they’re familiar but partially lost.

In utero and as babies our bodies are fully connected with grounding, breathing and boundaries. A baby is grounded inside the mother first, then in the arms of the mother. This is the baby’s home base.

A baby has unrestricted and full breathing from chest to pelvic floor and a baby is fully comfortable expressing needs/wants (boundaries). But through traumas over time psychological and muscular tensions develop that impede these processes.

“Most people were not supported in asserting strong, healthy boundaries during their childhood,” Laurie said. Instead, they were given messages, covertly or overtly, that their needs or wants were too much, that they did not have the right to assert their boundaries or that their job in life was to be present for their parents’ needs rather than for themselves.

“Physical boundaries relate to our physical, bodily space. Psychological boundaries are about our need for acceptance, approval and belonging. Energetic boundaries include our energy, excitation and desire. Finally, emotional boundaries refer to being able to express our full range of emotions — sadness, joy, fear, anger and love.”

“Our work in bioenergetics is to get our bodies and minds back to their original understanding of these concepts,” Laurie said. “The work often begins with grounding and includes both affirming the person’s right to their boundaries and supporting them to get stronger in expressing their boundaries. This provides a foundation for people to have more satisfying relationships and for enjoying their life more fully.”

"Physical boundaries relate to our physical, bodily space. Psychological boundaries are about our need for acceptance, approval and belonging. Energetic boundaries include our energy, excitation and desire. Finally, emotional boundaries refer to being able to express our full range of emotions -- sadness, joy, fear, anger and love."

During all workshops, character structures — an idea key to bioenergetics — are discussed. A character structure in bioenergetics is a body type formed when a defensive pattern is taken on physically, psychologically, energetically and emotionally. This defensive holding pattern is a type of muscular armoring that allows people to shield themselves against some destructive force. These protective barriers are usually formed at specific stages of development in childhood.

In bioenergetics, the therapist and patient work together to understand the patient’s character structure(s). Character structures can be examined physically by identifying muscular holding patterns and emotionally by examining the thoughts and emotions caused by the psychological wounds that caused the structure to form in the first place. There are about five basic character structures. Usually we each have several types but one or two predominate.

When this happens, the child develops a false, idealized self that the parent can love, and this becomes the child’s identity. They “become” their idealized self and must hide any actual self at all costs. There is a complete betrayal of themselves emotionally. This leads to a sort of “puffed up” defensive structure psychologically and physically. The body type of someone with a psychopathic character structure is typically big in the chest and shoulders with disproportionately smaller, narrower (and lower-energy) legs and feet.

| A Stigma Impeding Compassion and Treatment |

Recently, the term “narcissism” and discussions about it have exploded on social media. When you hear about a narcissist, you may feel disgust as you think of someone who’s completely self-centered, nonempathic and often cruel. The words “narcissism” and “psychopathic” have, over the years, developed a negative emotional charge and today are often used as insults.

This creates unique challenges for therapists working with patients with this character type. If we challenge ourselves to see past the countertransference related to these words, we’ll find people struggling with this defensive pattern have extremely deep pain and are constantly feeling shame.

| Working with the Psychopathic Character Structure |

The psychopathic character structure is arguably one of the most difficult to live with. It can be hard to work with these patients because they’re often forced to come to therapy (rather than choosing it themselves) and rarely acknowledge having any sort of struggle. Their idealized self is perfect, which of course is impossible. Therefore, as in their childhood, they’re always falling short, which creates shame.

A therapist’s first instinct may be countertransference and a desire to break down the person’s defenses, but this would hurt the therapeutic process. Instead, it’s important to slowly invite the actual self out while allowing the patient to maintain their idealized self when needed. This may be a slow and difficult process, but it can be extremely rewarding for both patient and therapist.

This character structure is very ungrounded, as shown by low energy in the legs/feet, shallow breathing (in the chest, not the abdomen) and skewed understanding of boundaries. Laurie said that this character structure benefits greatly from grounding through wall sits or other exercises that bring awareness to the legs several times a day, using the breathing stool, boundary work and “lots of patience.” These exercises can be learned through a bioenergetics session.